A Magical Night of Comedy - 19 June

Tickets now on sale - limited numbers for this one of a kind night! Only $50 per ticket!

Treat yourself to an exceptionally funny night of stand up comedy combined with mind-blowing magic and a grazing table to die for.

We have two of our countries finest comical performers coming to entertain you - Jonathan Usher & Simon McKinney.

On arrival, you will have an up-close sleight of hand experience with Jonathan as he greets you to your table. Included is a grazing table to snack on over the evening plus two hours of a very funny and entertaining comedy show incorporating a magic performance.

Jonathan Usher is one of New Zealand’s most highly skilled magicians, based in Dunedin and Central Otago, he has a responsive and adaptive presentation style that appeals to every age group and type of audience. His sleight of hand and comedic skills are second to none and will leave you as an audience in awe.

Simon McKinney is New Zealand's #1 stand up character impressionist and a much sought-after comedian for both live and corporate performances. His impressions are now so well known, that they are now mimicked by the public.

Born in NZ, Simon soon discovered his knack for storytelling and coupled that with a gift for mimicry that saw him rise quickly through the comedy scene as a unique stage presence. He has since travelled the world, performing at Edinburgh Festivals, all across the UK, as well as in the USA, and around the Pacific, Asia, and even Afghanistan and Antarctica.
Simon has made multiple appearances at international comedy festivals, on television and radio, and has released a one-hour solo stand-up special on iTunes.
He was awarded NZ's Best Male Comedian by the NZ Comedy Guild, the Reilly Comedy Award by the Variety Artists of NZ, and has been nominated for both of NZ comedy's highest awards, the Fred and the Billy T.
Having opened for big names including Irish comedy legend Tommy Tiernan, USA's Greg Proops (Whose Line Is It Anyway), and the UK's Stephen Merchant (The Office, Extras), his international accents and delivery connect him with his audience and give him true global appeal.

Combine these two extraordinary talents together and you will be sure to experience a night you will never forget! 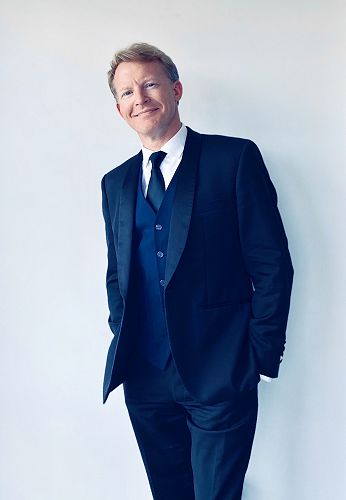